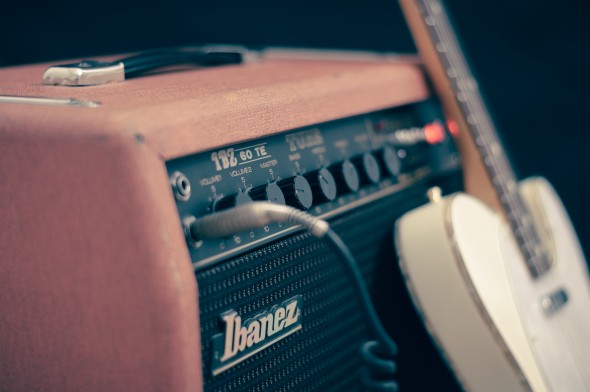 It’s all there in the name. The Paper Kites. The Melbourne five piece give us the kind of songs that can hang and sway softly in the breeze; those that unfurl and develop; those so fragile they threaten to tear right apart; those that take off, soar, sweep.

Second record twelvefour is the sound of a band prepared to try new combinations, and while the punches don’t always land, The Paper Kites now have the confidence to take a swing.

The band travelled to Seattle to record the new album, working with producer Phil Ek, who has previously teamed with Father John Misty, Manchester Orchestra, Fleet Foxes, and The Shins. The influences run deep though the ridges of the record, as does the sound of the Pacific North West.

Renegade: Bringing the Angus and Julia Stone feels, second track ‘Renegade’ is a solid, steady introduction to twelvefour. It’s a classic Paper Kites song; the kind you would play for someone who had never heard them to give them a feel for their sound. When creating the record, singer Sam Bentley intentionally sat down to write every song between the hours of midnight and 4am, and it shows. Picture driving home, away from city lights. Picture a back porch and a beverage late on a Sunday night. Picture headphones. twelvefour is a soundtrack of quiet reflection, and ‘Renegade’ follows right on from the similar tone set by opener ‘Electric Indigo’.

Revelator Eyes: ‘Revelator Eyes’ is seemingly out of place at first, with a heavy drum machine running over the top of loopy synth – until the guitar melody drops in and it all clicks at the 20 second mark. ‘Revelator Eyes’ is The Paper Kites at their most progressive, and the result is an effortlessly intricate, gorgeous song that has more than a touch of The War On Drugs about it. It’s a track four gearshift that can be a little jarring initially, but as the song twists and unfolds, and the play count rises, it eventually settles with you to provide the album’s highlight. If The Paper Kites are to elevate themselves to the upper level of the Australian music zeitgeist, it’s songs like this that will get them there.

Neon Crimson: Coming in at the halfway point of twelvefour, ‘Neon Crimson’ is a return to the stripped back Paper Kites of the 2011 EP Woodland, but with an electric twist. A soft, simple guitar runs beneath over airy melodies as Bentley sings of the melancholy and isolation that comes from finding yourself on the other side of the world (in this case, New York City), in order to find out what you really want. (See: “Never had I felt more alone in the big lights, I almost told you I wasn’t coming home”.)

A Silent Cause: Another cruisy, dreamy, track built around guitar that would sound at home on a Sufjan Stevens record. It’s a smartly paced song that quickly picks up the tempo and boasts sugar-sweet Simon and Garfunkel-esque harmonies.

I’m Lying To You Cause I’m Lost: What sounds at first like a paint by numbers rock pop tune is suddenly transformed by the appearance of a harmonica, which adds a new depth and another element to the track. (The instrument appears again on the country-tinged ‘Woke Up’.) It’s small details and intricacies that keep The Paper Kites from sliding into ‘same same’ territory. All through twelvefour the band keep it interesting by introducing little moments into the mix, layering the melodies so there’s something new to be found with each play.

And for those looking to get a little something extra from the record, The Paper Kites will also release documentary, covering the making of twelvefour.